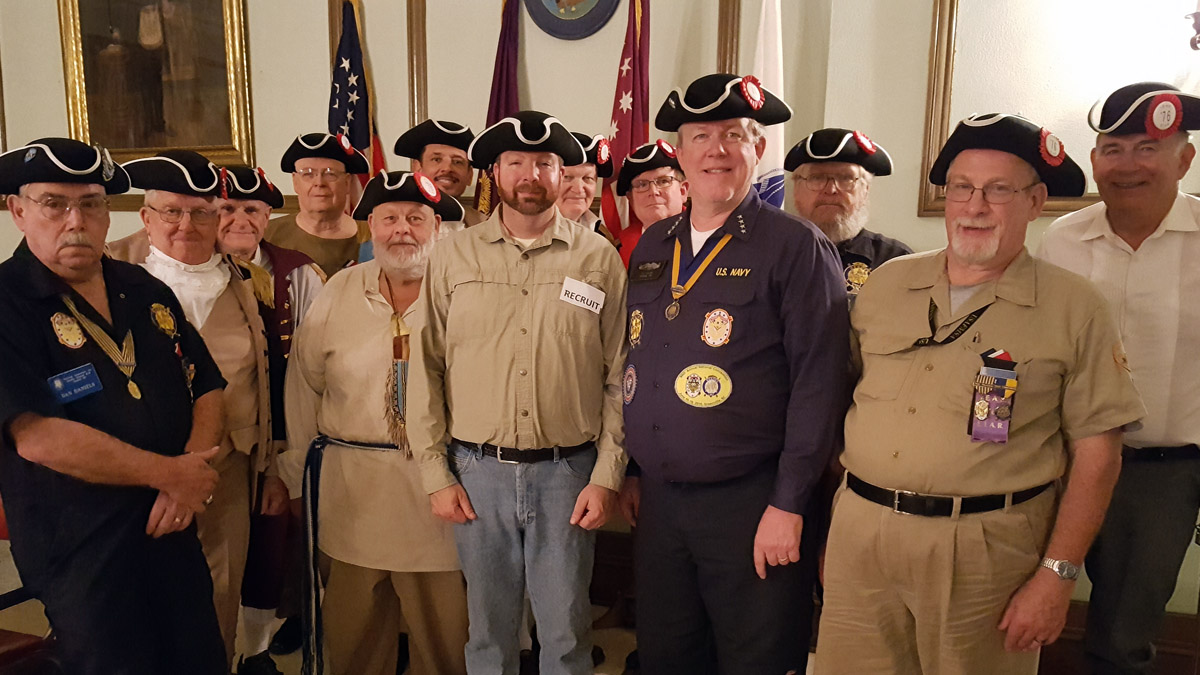 In fine military fashion, the members of Old Frontier Camp, Heroes of ’76® mustered for an autumn encampment at Fort Boughton on October 5th.  Things were going per plan when all of a sudden, a skirmish occurred on the picket line.  Pandemonium ensued.  Fortunately, the firelocks simply offered only a flash in the pan because the arriving force was actually our National Commander, Brother Carl Diamond, and his staff.  Just about the time that falderal was quelled, another interloper was snagged near the guard house.  After a thorough interrogation, the scalawag turned out to be Brother Devin Larson who was looking for the latrine.  In order to share that secret, he was initiated, sworn to secrecy, and then shown the way.  Too late.  He got cold feet.