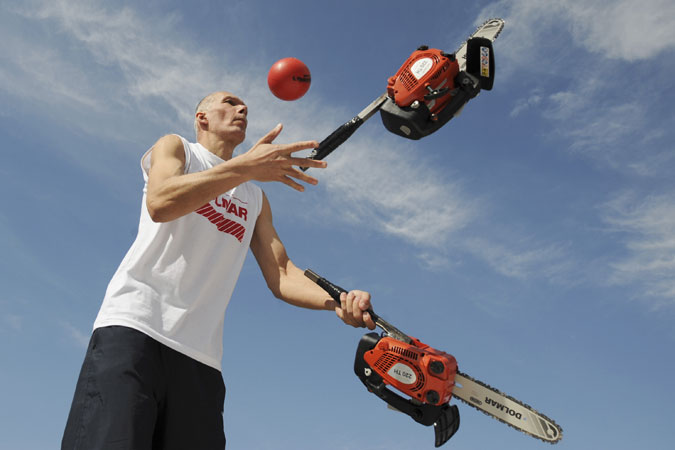 Our curent chapter “preservationist” and certified arborist will be giving his first hand account, with pictures, of his latest encounter with Mother Nature.  While clearing a triple-canopy jungle area near Camp Cook, our guest found himself 150 feet above the jungle floor with chain saws in each hand when he discovered he was standing on the distant end rather than the anchored end of a large limb when his saw completed the “critical cut”.  While in free fall, our brother was able to fashion a make-shift parachute from airborne debris and went from terminal volocity to the equivenelt of a gentle 15 foot fall at the time he reached the end of allowable travel.   He made one memorable remark before he went comatose; “That was a heck of a ride but that sudden stop at the bottom really sucks.”

Join us at the next meeting on Wednesday, October 7, 2015, at The Cafe in the Abernathy Building, 1102 N. 2nd St., Leavenworth, KS.  We’ll gather at 1800 hours and dinner will begin at 1830 hours. Meeting at 1900 hours, give or take. Bring your continental currency because we don’t take British pounds or the Devil’s dollars, a.k.a. Euros.  We’ll probably have ribs in honor of our guest.  RSVP to Borther Dick by Sunday before the meeting to ensure there is chow for you and your spouse.