If you missed the August meeting, you missed a great session. Dinner consisted of prime rib cooked to perfection, stuff baked potatoes, and several vegetable casseroles that grandma only wish she could make. Dessert was a scrumptious Baked Alaska. Considering this was all for $10, it was quite a feast.  Next time; surf and turf.

Our guest was Dod Bole, former Senator and brother who gave us a wonderful presentation on the strength of the United States in the days when it put its trust in God and when rugged individualism and non-governmental charity was the center of our hero worship. 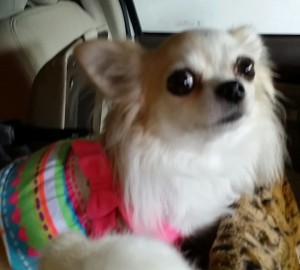 Next meeting will be on Wednesday, September 2nd, 2015 at The Cafe on North Second Street in Leavenworth in the Abernathy Building. We’ll gather at 1800 hours and dinner will begin at 1830 hours. Meeting at 1900 hours, give or take. Bring your continental currency because we don’t take British pounds or the Devil’s dollars a.k.a. Euros.

Our guest at the next meeting will be Roxie Renee, the petite blond bombshell, whose family legally immigrated from Chihuahua, Mexico and fell in love with the history of their adopted home.  She will model colonial era ladies apparel. This is really a fun fashion show that is intended to teach the evolution of clothing styles as America transitioned from an oppressed satellite of the British throne to its own independent nation. The styles and colors honored many unsung heroes of that era who sacrificed their fortunes and often their lives so that we may live in the most exceptional nation in the history of the world (although the current transient elected twice to the sacred office once occupied by the likes of George Washington, Theodore Roosevelt and Ronald Reagan is doing everything possible to spend down the inherited exceptionalism to the point of total ruin). Until the history books are rewritten to damnify the colonial patriots, let us join the next meeting and remember them with the reverence they deserve.